I’m not mad, I’m hurt and there is a difference. When I was 18 years old I came to the conclusion that I was going to be perfectly okay with spending the rest of my life with you despite all the obstacles we were going to need to overcome. The first one being your drinking, second the constant battle with your child’s mother and third the abuse, of course there were all the other things that most normal people go through but our relationship was never just normal. So here I am 4 years later after meeting you with a permanent protection order, selling my engagement ring to get rid of the damn thing and picking up the rest of the pieces I was left with. But mainly beating myself up for putting so much effort and love into a relationship that you weren’t capable of in the first place.

The alcohol, so so SO much alcohol. I drove you to detox multiple times during our relationship to get you back on the right track when you had gone absolutely off them. And the danger I put myself in-getting in a car with you when you were completely black out drunk, throwing the car into park, pulling the keys out of the ignition and leaving me stranded in the car in the middle of a road. It’s a blessing that you never killed us both the multiple times you did this. All the times I’d leave for work and come home to you completely gone mentally or literally missing for hours on end. Think about the things I went through during those times. I couldn’t go serve tables for 5 hours without worrying about what I was going to have to face when I came home, you always had me on edge. I was willing to not celebrate my 21st how most normal people do if you were going to be clean and sober by then in order to show just how much I supported you being a better version of you. I was willing to live a completely different lifestyle, not experience the things I’ve always wanted to experience just to support you. Why? Because I just so happened to love you THAT much I was willing to give up the things that every other normal person gets to experience in life for YOU.

The constant baby mama drama. If you weren’t ready for a relationship why’d you get into one? To put your daughter in the middle of it all? I was 18 when I jumped into the role you wanted me to be for your daughter and I was okay with it because I loved you both SO much. You and your ex never had your shit together and as much as you say you do now, we’ve all seen behind the show you two put on. All the times I had to stay behind from soccer games and other events in order to protect your ex’s feelings when she didn’t give a shit about yours or the benefit of her daughter?  All the texts, all the phone calls and court hearings-constant battling between her, your mom, her mom and you. As grown adults and parents, you should honestly be ashamed of the way you had acted. I truthfully hope you two got it together for the sake of your daughter’s well being as you so claimed in our last court hearing. Constant drama and you all drug me through it but did I mind? No because I only cared for the well being of the little one who was in between all this bullshit and for the father who was “losing” his daughter. In reality a bitter baby mama kept her away from everyone because he was with someone else, and continued to shit on his family after everything they had done for her. Who else would stay through that, holding your hand and standing up for you in every way possible when behind closed doors you were abusing them?

The abuse. How in the hell can you look at some one, put a ring on their finger, tell them you want to spend the rest of your life with them, then turn around and beat the shit out of them? All the black eyes and bruises I had to lie about? Avoiding my family so they didn’t find out the truth? How? How can you do that to someone you “love”? All the times you’d blame me for whatever you were going through? You’d do a complete 180 turn in emotions from one of the most loving people to the ugliest monster I’ve ever encountered. I was no longer scared of the terrible shit going on in the world we live in, I was terrified of the monster sleeping next to me every night. Someone I should of been running to for protection I always found myself running from. The amount of physical, emotional and mental damage you did I don’t think you’ll ever TRULY understand. 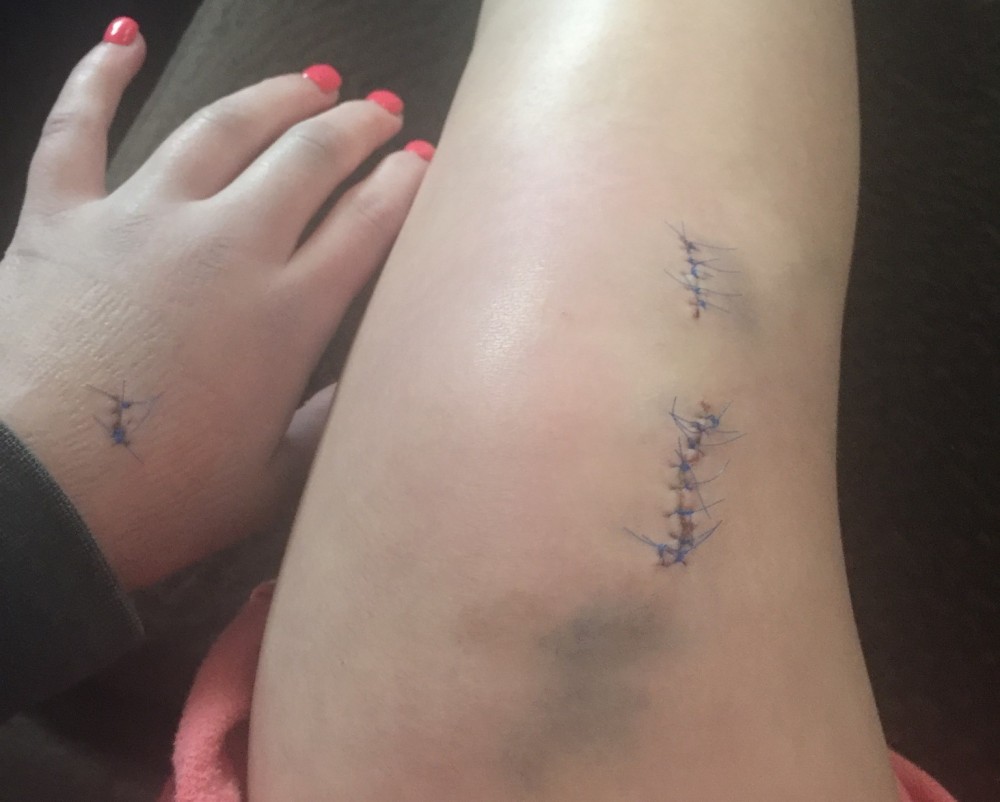 Even after all of this I’m not mad, I’m hurt. I’m hurt you didn’t change for me and our future we had always talked about building together. I’m hurt that you didn’t love me enough to not put away the bottle, I’m hurt that you put me through the things you put me through. I’m hurt you took time away from me, and took advantage of the love I gave you. I’m hurt that things ended the way they did after everything we had overcome in our time together. I’m hurt that I never got to say goodbye to the little one I took in as my own at SUCH a young age. I’m hurt you made it come down to this, not for just us but for everyone involved too. I’m hurt I talked and thought so highly of you when all you did was prove me wrong and made me look like a fool. A relationship takes two and you never showed up for it in the first place and that hurts me more than anything.

I’m not mad you put me through this because in the end I learned a hard lesson but it definitely hurt me along the way. I’m not worried though because just like the other things in my lifetime that you were MORE than aware of, but continued to put me through the same bullshit, I’ll overcome this too.